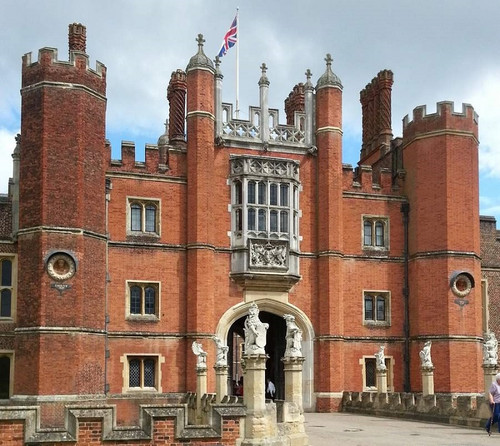 The Private Accessible 7 hour London and Hampton Court Palace Driving Tour is perfect for the disabled traveler who wants to see the highlights of London as well as the beautiful Windsor Castle. From the comfort of your own private accessible vehicle you'll get a one of a kind tour you won't soon forget!

Start this accessible driving tour of London by meeting your friendly guide at the lobby of your accessible London hotel. Once on board your private, accessible black London cab, you'll enjoy a two hour driving tour of the major landmarks of London. See the Houses of Parliament and learn how Big Ben got its name. Gaze upon the beautiful architecture of Westminster Abbey and learn about the role it has played in the lives of the monarchy for hundreds of years. Be sure to ask your driver and guide about the caged black crows at the Tower of London. This two hour tour is not just a drive-by tour. There will be plenty of stops and photo opportunities along the way.
The second half of your tour will take you to the remarkable Hampton Court Palace. The Palace was built 500 years ago by King Henry VIII and is a magnificent example of Tudor extravagance and royal wealth. Sir Christopher Wren almost doubled its size in the late 1600’s for King William & Queen Mary, creating a royal residence of baroque opulence and grandeur. Almost half a century later, this Palace was expanded for the Hanoverian monarchs (the Georgians). Upon arrival at this spectacular Palace, you'll explore the beautiful site and intriguing history firsthand with your tour guide.
At the conclusion of this London accessible driving tour, your guide will escort you back to the lobby of your accessible London hotel.

Accessibility Information: The Private Accessible 7 hour London Driving Tour to Hampton Court Palacer Castle  uses a wheelchair accessible, famous London black cab to transport you around London and to and from Hampton Court Palace. It is important that wheelchair and/or mobility scooter users notify Accessible Travel Solutions of the width, length and height (with passenger sitting in it) of your equipment when making the reservation.

Not Included: Snacks/Meals, and/or Gratuities. Entrance tickets are not included but skip the line tickets can be purchased in advance at an additional cost.

Cancellation Policy: 80% refund with 10 days notice. No refund with less than 10 days notice.It is your responsibility to communicate with your cruise line to understand any restrictions on disabled passengers using cruise tenders.